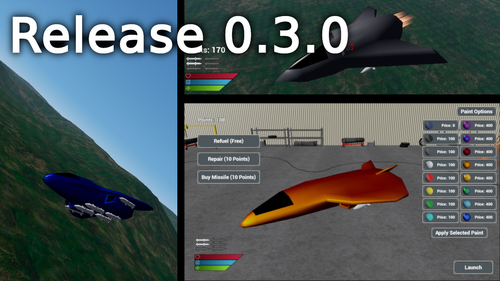 Update time! This one includes some major changes that have elevated the project out of "Prototype" status to "In Development". I can't guarantee we'll see Version 1.0, but at least it's starting to look like a proper game.

First, it has an actual name now. Instead of "Flying Game Prototype", it's now "Forsaken Airspace". This isn't merely an arbitrary name: It provides a bit of a clue about the game's planned story and overall tone.

Now for the new features. The major ones are: